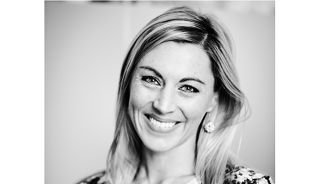 We're delighted to announce the latest in a series of new appointments to our board of trustees: Kezia Williams, Head of ‎Theatrical Distribution at Entertainment One.

The first of our trustee appointments in support of MediCinema’s growth took place last summer when Kevin Styles, Managing Director of Vue Entertainment for UK and Ireland, and Lawrence Atkinson, CEO of The DDA Group, joined our board. They were then joined by Crispin Lilly, Chief Executive of Everyman Media Group.

Our Chairman, Paul Massara, who took over from Sir Ian Cheshire last year, said: ‘We are delighted to welcome Kezia who will be an invaluable addition to our board. Along with the recent nominations of Lawrence, Kevin and Crispin, Kezia’s appointment is key to helping us deliver against our growth strategy to double the number of MediCinema sites by 2025 and triple the number of people we reach.’

Kezia Williams said: ‘I'm absolutely thrilled to have the opportunity to become more actively involved with MediCinema at this exciting time of growth and expansion. MediCinema is a wonderful organisation which does such great work and it's a real pleasure to be able to lend my passion and enthusiasm to the team to bring the magic of film and cinema to an ever growing number of people.’

Along with a renewed focus on our ambassadors and patrons and other exciting developments, the experience and expertise all these new board members bring will help lay the groundwork for us to move into our next exciting phase. In fact, they are already working with us on some transformative industry-wide initiatives which we look forward to sharing later in the year.