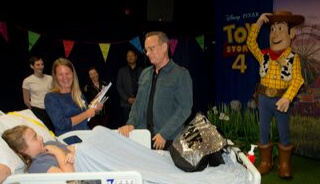 In June we hosted some incredible pre-screening events across five of our sites, celebrating the release of Disney.Pixar’s Toy Story 4. Through Disney’s partnership with MediCinema we have been able to provide unforgettable Moments that Matter for hospital patients and those closest to them.

The celebrations began when Oscar-winning actor Tom Hanks surprised patients and their families at a special pre-release screening of Toy Story 4 on June 17th at the St Thomas’ Hospital MediCinema. Getting to meet such an iconic star will create long-lasting shared family memories. 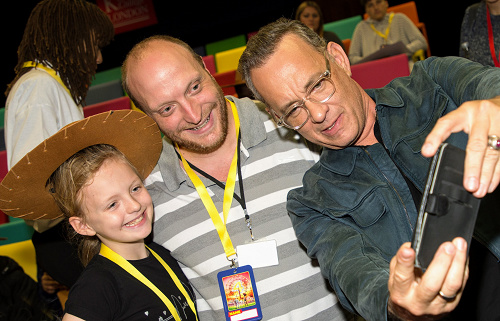 Tom Hanks then visited hospital patients from Beach Ward, ensuring those who couldn’t attend the screening could still meet the actor who portrays the voice of Woody. Face painting, balloon making, glitter tattoos and various other fun activities were also featured before the eagerly anticipated screening of the film. 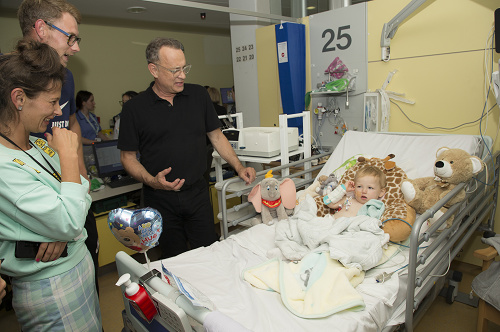 Patients at the MediCinema at Glasgow’s Royal Hospital for Children, were joined by Woody, Buzz and Bo Peep for a preview screening of Toy Story 4 as part of several activities throughout the hospital to celebrate the film. The following video showcases some of the fantastic activities that were on offer and illustrates the incredible impact MediCinema offers to hospital patients and those closest to them thanks to our partners in the film industry and our hospital charity partners, like Glasgow Children’s Hospital Charity:

Darach, the star of this video, said, 'I’m really, really excited actually. It’s a movie that I’ve been wanting to see for quite a long time.' He added, 'When you go into the cinema and you’re watching the movie you do actually forget that you’re in a hospital.'Darach’s mum, Fiona, who joined him on the day, added, 'There aren’t many things really that you look forward to when you’re in hospital, other than going home, to be honest with you. So it’s nice to have something to look forward to.'

Meeting Tom Hanks, Woody, Buzz and Bo Peep will certainly go down as one of our most memorable Moments that Matter to date!

A big thank you to Disney for working with MediCinema to bring the power of their stories and characters to help build emotional resilience to those who need it most. Together MediCinema and Disney are creating Moments that Matter for children and those closest to them.