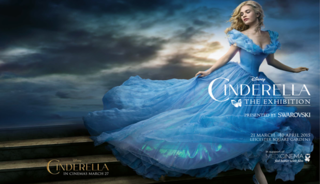 A PARTNERSHIP OF THE MAGICAL AND SPARKLY TYPE…

The magic of Disney has once again been brought to our MediCinemas, this time in the beautiful shape of Cinderella’s glass slipper!

The Walt Disney Company and Swarovski came together to support us by presenting CINDERELLA: THE EXHIBITION, an enchanting display of original costumes and props from Disney’s live action film of the classic fairy tale. Both companies partnered with us to bring the magic of Cinderella to all of our MediCinema and patients across the UK and Italy, by committing 100% of the funds raised from the CINDERELLA: THE EXHIBITION brochure, which was available for a donation at the exhibit.

This unique exhibition, opened on March 21st, in London’s Leicester Square and immersed visitors in the magical world of CINDERELLA. Housed within the iconic Leicester Square Gardens the exhibition was free of charge with tickets available via the DIsney website. 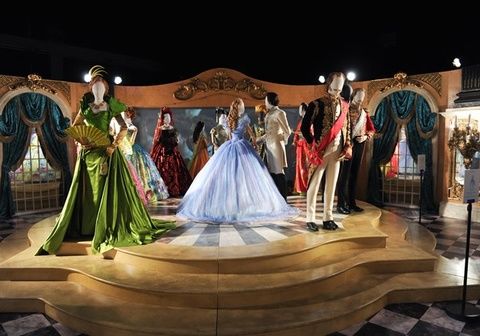 The overall exhibit was presented by Swarovski who provided Sandy Powell with over 1.7 million crystals for the spellbinding costumes to bring added sparkle to Cinderella’s magical world. At the heart of the exhibition was Cinderella’s iconic slipper, also designed by Powell. The dazzling slipper, which plays such a pivotal role in the fairy tale, was hewn from solid Swarovski crystal and features 221 facets in a light-reflecting Crystal Blue Aurora Borealis coating. “It’s an extra pleasure to partner with Disney to support MediCinema, and bring some of the sparkle and excitement of the Cinderella tale to the patients and families who most need it.” adds Nadja Swarovski.

Kat, our MediCinema CEO spoke about the partnership "You only have to witness the looks on our patients' faces as they walk through the doors of a MediCinema to understand the true value of escapism, and return to normality for people who are unwell in a place of care. For just two short hours we transport them from the hospital and their illness into the magic of cinema and film - the results are extraordinary. We are so grateful to Disney and Swarovski, without whom this just wouldn't be possible."

We hope you managed to get your tickets to visit this magical exhibition! 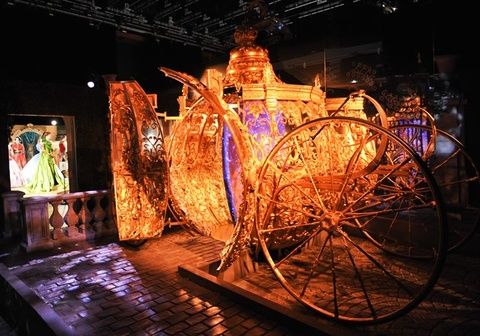