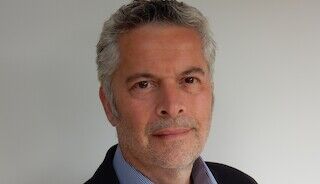 We are thrilled to announce that Colin Lawrence has been appointed as MediCinema’s new Chief Executive Officer.  Colin is the former National Theatre Commercial and Media Director and prior to his time at the NT was Global Director Distribution and Board member of BBC Global News.

Colin will take up the reigns with immediate effect from Interim CEO Crispin Lilly.

Colin spent over three years at the National Theatre where he was responsible for digital and filmed content ventures including NT Live, and the launch of the National Theatre Collection for schools and colleges. Previously he served on the board of BBC Global News, latterly as Global Director for Distribution, setting strategy, driving revenue and delivering a transformation agenda from TV network to multi-platform content provider. He spent his early career in commercial television, both in Europe and Asia.

At the same time, Kezia Williams, Managing Director, UK, Film at Entertainment One has been appointed MediCinema Board Chair - from her current position as Vice-Chair – taking over from Paul Massara who has come to the end of his five-year tenure.

Williams said: “I’m delighted to welcome Colin to the MediCinema team. Colin brings great experience from across the media industry and charitable initiatives, and I look forward to working with him - and to the charity benefiting from the energy and fresh perspective that he brings.   It’s an exciting time for MediCinema, full of opportunity and with a renewed focus on our goals to raise funds and to build more cinemas to deliver the magic of film to NHS hospital patients around the country. “

Colin Lawrence said: “I am incredibly proud to be taking up this role with MediCinema. I have witnessed firsthand the transformational impact which film and creative experiences can have, so to be leading the charity in the next phase of its development is a real privilege.  I look forward to working closely with the team, trustees and NHS partners to deliver for beneficiaries.”