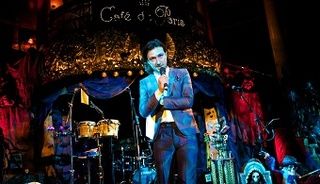 Halloween Night Fever is BACK!

- and of course, Halloween fancy dress!

The likes of 20th Century Fox, Paramount, Sony, Disney, Vue Entertainment, Everyman Cinema and many more are among the attendees, so grab your ticket while they’re hot!

The Telegraph Group have won two years in a row – will YOU be the team to knock them off the top spot this year and take home the #HalloweenNightFever trophy?

Tables, individual places and sponsorship opportunities are available, get in touch via info@medicinema.org.uk for more information.