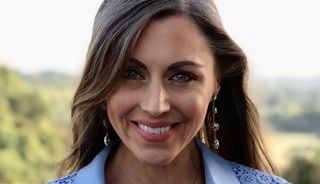 Kezia Williams, Managing Director, UK, Film at Entertainment One has been appointed to the newly created role of Vice Chair of the MediCinema Board.

This role was created to work alongside the current Chair Paul Massara until he steps down next year in line with the MediCinema Board terms of appointment.   He became Chair in 2016.  Kezia will step up to the role of Chair as Paul leaves the Board.

Kezia joined Entertainment One in 2013 and was appointed Managing Director in 2018.   She has spent over 18 years in the film and entertainment industry including time at both Warner Brothers and Universal Pictures.  Kezia is on the board of Cinema First, a member of the FDA council and became a MediCinema Trustee in February 2018.

MediCinema is a UK based charity that builds and runs state of the art cinemas in NHS hospitals where the latest films are screened for patients, their families and carers for free. It gives patients the opportunity to leave the wards, visit a cinema and enjoy the shared experience of watching a movie together.  The cinemas are designed to accommodate hospital beds, wheelchairs and medical equipment.  Patients using the MediCinemas include those with drips and on respirators; those recovering from operations; undergoing chemotherapy or dialysis.

The latest survey of patients attending a MediCinema shows that 92% believe a visit to see a film helps improve wellbeing, and reduce stress and anxiety and 93% felt it reduced isolation.  The charity works closely with both film distributors and exhibitors and has strong support from the industry.   It is continuing plans to build six new sites.

Kezia Williams, Vice Chair said: “As a Trustee I hugely enjoy supporting the fantastic work that MediCinema does and I’m continually inspired by the hard work and dedication of our wonderful team and volunteers. In a year which brings such unprecedented challenges and new opportunities I am excited to be working with Paul, Kat and my fellow trustees in a new capacity and delighted to be taking on the role of Vice Chair.”

Paul Massara, Chair, said: “I am very excited to be working with Kezia as she steps up to be Vice Chair before taking over from me next year. Kezia brings a huge amount of energy, passion and knowledge to MediCinema and we are grateful for her taking on this new role and allowing us a smooth transition next year.”

Kat Mason, Chief Executive Officer said, “Kezia has been a fantastic addition to our Board, especially during this difficult period. Her expertise and knowledge of the industry, along with her critical thinking and insight, are invaluable.  I am delighted that she has agreed to take this position and am looking forward to working with her, Paul, and the rest of the Board as we navigate the next phase of MediCinema in this current environment and beyond.”

Though all of MediCinema’s six cinemas were suspended in March 2020, three have so far re-opened with socially distanced screenings.  In April, MediCinema pivoted to also run a free bedside film channel in four of its six sites, continuing to bring movies to over 7500 NHS patients at a time when isolation is even more of an issue for them.  In addition, through a partnership with Disney, MediCinema has have provided hospitals with over 17,600 activity packs especially for paediatric patients.