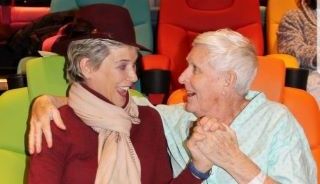 Singin’ in the Rain with Patricia Ward Kelly

After a year of spectacular screenings across our MediCinemas, we ended 2019 with a song and a dance as we welcomed Patricia Ward Kelly – wife of the late Gene Kelly – to a special screening of Singing in the Rain at the ICAP MediCinema in Guy’s Hospital.

This joyous event took place as part of the BFI’s Hollywood Musicals Season, which served to celebrate the lasting impact of musicals and saw a number of classic films re-released for a modern audience. We are grateful to have had the opportunity to host a screening of Singing in the Rain, complete with an introduction and Q&A with Patricia Ward Kelly.

Patients were delighted to have befriended Patricia and heard first-hand stories about her legendary late husband. 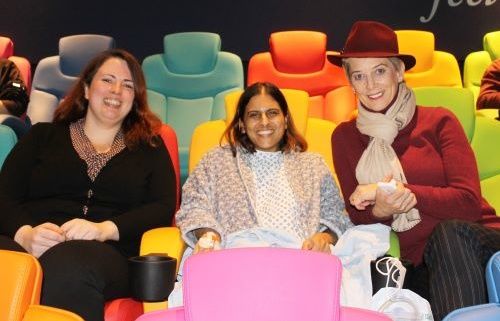 Mary-Ellen, best friend of inpatient Sukaina (both pictured above) said: “Thank you so much for arranging the evening.  You made a real positive difference to my best friend’s recovery.  Sukaina (also known as Super Suki) had been struggling as anyone would after serious surgery, and, to make matters worse, her stay in hospital has been extended.  I can’t tell you how amazing it was for her to find out her favourite movie was being shown in such a dark time. To add to this amazing moment we of course got to meet the fabulous Patricia.  Suki will have a smile on her face for a while and it is all down to yourself, MediCinema and the lovely staff.” 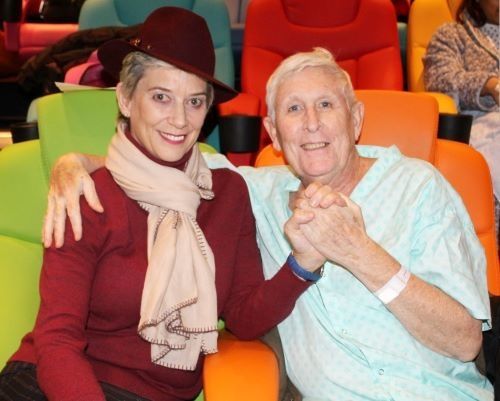 Inpatient John (pictured above) said: “What a wonderful evening and what a pleasure to meet Mrs Kelly! Before I was here in hospital I’d take my keyboard and busk on the Southbank, so rather than ask her questions I wish I had just sang to her instead – ‘You were meant for me, I was meant for you!’” 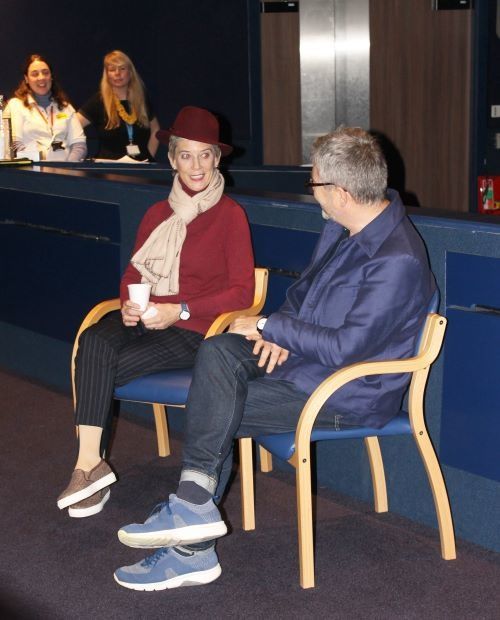 Robin Baker, programmer of the BFI Musicals season and Head Curator of the BFI National Archive led the Q&A with Patricia Ward Kelly.

It’s clear that this screening was particularly effective in transporting viewers to another era through its vintage musical essence. Many thanks to the BFI for organising this season of events and special thanks to Patricia Ward Kelly for helping to create a night our patients will surely never forget.