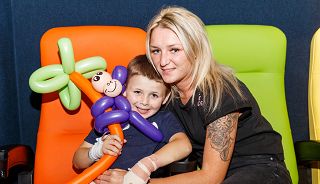 Thank you, Paramount, for Making Explorers of Our Patients

On the 11th August, we ran our third Nationwide Preview Screening, this time being taken on an action-packed adventure with Dora the Explorer in Dora and the Lost City of Gold.

With all proceeds going to MediCinema, the campaign raised an incredible £56,000 – enough to give cinema experiences to 4,444 patients and their families.

This collaboration between Paramount Pictures UK, the UK Cinema Association, its members, and MediCinema allowed members of the public across the UK to view the highly anticipated live-action adaptation of Nickelodeon’s popular television series Dora the Explorer six days before general release.

A record 300 cinemas took part in the campaign, with those involved including Cineworld, Odeon, Vue, Empire, Showcase, Picturehouse and a number of independent cinemas.

In addition, Isabela Moner, who stars as Dora, got behind the campaign by encouraging the public to attend the Nationwide Preview Screening, explaining how meaningful the joy of cinema can be for patients and their families:

As part of our partnership with Paramount, we also ran a special preview screening of Dora and the Lost City of Gold in the Royal Hospital for Children, Glasgow – click here to read more.