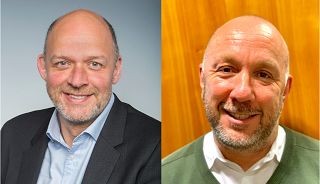 As part of our preparations to double the number of MediCinemas across the UK and triple the annual number of people we reach, we are delighted to announce that two new trustees have come on board: Simon Morritt, CEO of Chesterfield Royal Hospital NHS Foundation Trust, and Paul Hoy, Director of Sales and Distribution at Sony Pictures Entertainment.

Simon said: "I'm delighted to support this innovative charity in the role of trustee. As a father of three and an NHS hospital Chief Executive, I appreciate the difference MediCinema makes to patients and their families, and as the charity sets out to double its cinema sites over the next few years it's an exciting time to become involved."

Paul said: "I have been a big supporter of MediCinema since the beginning and it is a privilege to now join the board as a trustee at such an exciting time for the charity. I look forward to working with the fantastic team as MediCinema continues to go from strength to strength."

Both Simon and Paul will bring insight from their different fields which will be invaluable to us as we grow, helping us give over 80,000 cinema experiences in 2025.