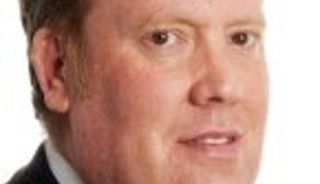 New People to Power Our Growth

It’s now been over a year since we welcomed the first in a series of new appointments to our board of trustees to power our growth. Kevin Styles, Managing Director of Vue Entertainment for UK and Ireland, and Lawrence Atkinson, CEO of The DDA Group, were quickly joined by Crispin Lilly, CEO of Everyman Cinemas in 2017, and in 2018, Kezia Williams, Head of ‎Theatrical Distribution at Entertainment One, came on board, too.

These four new board members are already having a powerful impact, transforming the way the film industry supports us so that, together, we can achieve even more, and we’re delighted to announce that they have recently been joined by a fifth new member: Stephen Bristow, Partner in the Film & Television Unit at media accountants Saffery Champness.

Jane Campbell, Baroness Campbell of Surbiton, agreed to officially support MediCinema as an ambassador after she was invited as a special guest to a screening of Breathe in St Thomas’ Hospital. Jane agreed to host an event for us at the House of Lords to meet and engage with more people who might be able to power our growth, including as ambassadors. Sadly, Jane agreed was too unwell to attend on the day, so her friend, Celia Thomas, Baroness Thomas of Winchester, stepped in to formally welcome our guests.

We’re so grateful to Celia and Jane, and all our ambassadors, patrons and trustees, for enabling us to begin our growth strategy to reach over 80,000 patients per year.